Does It Get Harder to Change Jobs When You Get Older? 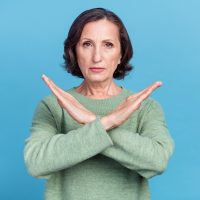 Changing jobs can feel like a young person’s game. Data from the Bureau of Labor Statistics back up this feeling: The median tenure for workers aged 25 to 34 is 3.2 years, while the average job tenure for workers aged 65 or older is 10.3 years. Young people switch jobs to advance their careers, make more money, or just try something new. Older workers tend to stay put, having found a position that suits them.

Just because most people change jobs more frequently when they’re younger, however, does not mean that it’s impossible to change when you get older. If you are looking for a new job, you should have the same chance as anyone else applying with similar qualifications. Employers are not allowed to use your advanced age against you. Read on to learn about applying for jobs as an older worker and the contours of age discrimination. If you believe you’ve been discriminated against because of your age, either at your current job or by a prospective employer, call a knowledgeable Riverside workplace discrimination lawyer for advice on what to do next.

Refusing to Hire You Because of Your Age is Illegal

Age discrimination can take many forms, including:

The anti-discrimination laws apply even before you work for the company. Employers may not

discriminate against job applicants based on their age. That means employers may not:

It can be difficult to know why you were turned down for a job. There are any number of reasons why an employer might pick one applicant over another, even down to personality. But if you notice an employer disproportionately hiring younger applicants, especially those that lack the experience and qualifications of older applicants, they could be committing unlawful age discrimination.

What Should I Do If I’m Experiencing Age Discrimination?

If you have applied for a position and you believe you were rejected because of your age, or if your current employer is conducting age-induced layoffs, you have the right to fight back. If you are still employed at a company that is committing age discrimination, try internal channels first: Report the conduct and your concerns to your supervisor, Human Resources, or to a person designated by your company’s policies to handle such complaints.

If you’ve exhausted internal resources and the company has not responded appropriately, or if you do not work for the discriminatory company because you’ve been illegally fired or rejected for a position, it’s time to take your case elsewhere. Call an experienced California age discrimination lawyer for advice and assistance. They will walk you through the next steps, including:

Your labor law attorney will help you through each step and ensure that your rights are protected along the way.

For help protecting yourself and recovering compensation after experiencing age discrimination in Southern California, call Ochoa & Calderón to discuss your case with an experienced and effective California labor and employment attorney. Call 951-901-4444 in Riverside or 844-401-0750 toll-free throughout Southern California.