What Happens if Someone Gets Into a Car Accident While Working? 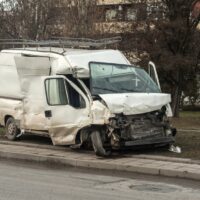 Traffic accidents are among the most common causes of injury across the country every year. They are also among the most common causes of workplace injury. Although when people think of a “workplace accident” they often think of a slip-and-fall or a factory explosion, traffic accidents during the workday are extremely common in many industries. Read on for an explanation of how California law treats traffic accidents that occur during the workday, and call an experienced Riverside workers’ compensation lawyer for help with a workplace injury claim.

Under California law, employees are guaranteed workers’ compensation protection whenever they are injured while on the job in the state. If an employee is injured in a motor vehicle accident while on the job, they are entitled to workers’ compensation coverage. Workers’ comp kicks in even if the worker’s own negligence caused the car accident unless a specific exception applies (such as if the worker was intoxicated or injured themself intentionally).

Whether workers’ comp covers the accident depends on whether the accident occurred in connection with the employee’s job. If the employee was performing a workplace task at the time–such as completing a work-related delivery or going from the office to a meeting–then the answer is simple: The employee is covered. If the worker was driving during the workday but for non-work reasons, the issue is more complicated. If, for example, an employee is driving on their lunch break and gets into an accident, they may not be eligible for workers’ comp. The same applies if the accident occurs while the employee was heading to or from work at the beginning or end of the workday. If, however, travel is a regular part of the job, then an accident while commuting may be covered.

In addition to filing for workers’ compensation, if a worker was injured on the job as a result of the negligence of a third party (neither their employer nor a coworker), then the injured accident victim might have a claim for damages against the third party. If, for example, the worker is hit by a negligent driver while performing a work-related delivery, the worker can file for workers’ compensation through the employer and file a personal injury lawsuit against the at-fault driver as well.

Get the Workers’ Comp Benefits You Deserve

For help getting benefits after an on-the-job injury or workplace illness in Southern California, call Ochoa & Calderon to discuss your case with a seasoned and effective California workers’ comp lawyer. Call 951-901-4444 in Riverside or 844-401-0750 toll-free throughout Southern California.