How Do Workers’ Compensation Liens Work? 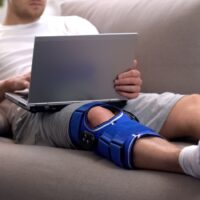 What is a Lien?

A lien is a form of security interest granted over an item of property to secure payment of a debt or other obligation. A lien may be placed on a house, for example, so that when the house is sold, a creditor gets a portion of the sale proceeds to repay their debt. A lien can take the form of a legal right against certain assets, such as a personal injury judgment.

What is a Workers’ Compensation Lien?

Sometimes, a worker is injured by a third party unrelated to the employer. For example, an employee may be making a work-related delivery when they are hit by a drunk driver. The worker is still technically entitled to workers’ comp benefits because the accident happened on the job. However, the drunk driver is also likely liable for the injury they caused the worker. The worker has their own personal injury claim they can file against the drunk driver, under which they can recover for their medical expenses, lost wages, as well as additional damages such as pain and suffering.

How Much is the Lien?

Workers’ comp insurers only collect on their workers’ comp lien if you bring a third-party injury claim and are successful. Insurers thus prefer that injured workers pursue all the third-party claims they can, instead of relying on the automatic workers’ comp coverage. For that reason, insurers are often willing to negotiate the amount of their lien. They know if their lien meets or exceeds the potential personal injury recovery, then the worker has no incentive to bring the lawsuit at all. Your workers’ comp attorney can help you negotiate a favorable, reduced lien so that you can collect your workers’ comp benefits and still gain additional damages for your personal injury claim.

Get the Workers’ Comp Benefits You Deserve

For help getting benefits after an on-the-job injury or workplace illness in Southern California, call Ochoa & Calderon to discuss your case with an experienced and effective California workers’ comp lawyer. Call 951-901-4444 in Riverside or 844-401-0750 toll-free throughout Southern California.